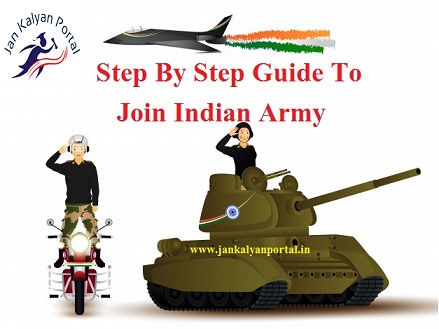 This is the most respected job for the youth. For the Youth of the country, the Indian Army is not a job it is a passion and for some, it is an emotion which creates a feeling of Do and Dies in them. The youth and Indian Army are interlinked with each other. Even it is also said that youth is the army of the country and future of the country. Youth plays a vital role in the army. Thousands of youth are selected every year in the Indian army for different posts and lakhs of youth are preparing for the army every year.

The interested candidate can join the Indian army. If the candidate is fulfilling above all the eligibility criteria then they can apply through online mode and visit the centers for physical fitness. The Process which a candidate has to go through for the selection in the Indian Army are listed below :

Note – The fitness test varies according to posts. For higher posts, it changes as usual.

Candidate should have all the document which are needed for the during the document verification some of them are mentioned below.

Note – The whole body is checked during the test which contains blood tests, CT scans, etc.

So the above process describes how special is the job. and how a solider is the perfect man in the Indian Army. The Indian Army is the job of percentage and dedication which cannot be passed by anyone.

Indian army cannot be described in words we have tried to give our best on the Indian army. The candidate who is not selected for the Indian Army that needs not be sad can try it next time or they can go for the high-rank job in the Indian army.